KT Rolster to Stream League of Legends via AfreecaTV

AfreecaTV announced today that the League of Legends players of KT Rolster will begin streaming via their P2P platform. After holding on to second place behind SK Telecom T1 for most of the Spring Split, KT Rolster now finds themselves in third, having been passed by Samsung Galaxy. Nevertheless, Smeb, Score, PawN, Deft, and Mata are powerful players who are sure to draw a following on their streams.

The days when players can decide to stream or go pro seem to be waning, as pro players (and their organizations on their behalf) are beginning to set up regular streaming schedules between competitive games. Earlier this split, SK Telecom T1 decided their players would begin streaming on Amazon’s subsidiary P2P service, Twitch. The platform is still growing in popularity in the team’s native South Korea, no doubt helped by the large audiences Faker is able to draw to his stream on a regular basis.

With the decision to stream the players of KT Rolster, AfreecaTV, already South Korea’s number one streaming service, ventures further into professional League of Legends. The organization already backs its own team in the LCK, the Afreeca Freecs. Although the team has had its ups and downs, including a recent penalization, they are still within range of earning a spot in the playoffs. 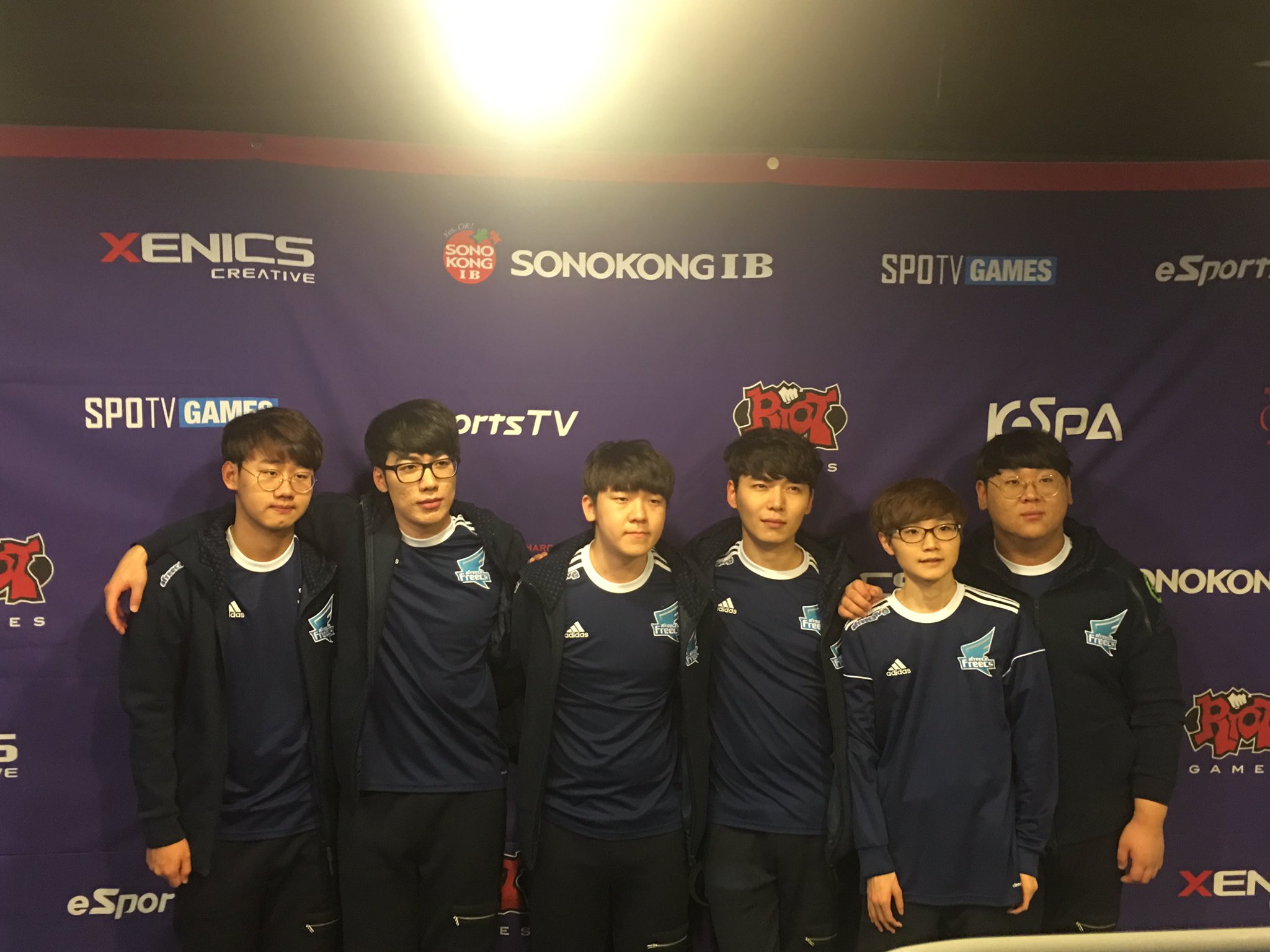 Not only does this new venture mean that fans will see first-hand the skill and expertise of the players of KT Rolster, but AfreecaTV also provides an opportunity for spectators to chat directly with the pros. Fans will be able to tune in to live streams from Smeb, Score, PawN, Deft, and Mata, with the first stream going live this Friday, March 24th, at 7:00am PDT.

Score and Smeb of KT Rolster, image via Twitter

Don’t forget to tune in to Week 9 of the LCK Spring Split 2017, with matches streaming live at 1:00am PDT tonight, as well as Saturday and Sunday.

KT Rolster to Stream League of Legends via AfreecaTV
Written by: Daniel Joseph Lilly
Updated on: 2017-03-22