In yet another mid-season roster shuffle, Team Liquid announced earlier tonight that they had signed former Team SoloMid AD Carry Doublelift for the remainder of the 2017 Spring Split. Doublelift has been on hiatus from TSM to work on streaming and rest up for the summer season.

It has not been an easy split for Team Liquid in 2017. Just last week, they announced they would be moving former All-Star Piglet from AD Carry to the Mid-lane, and Youngbin would be entering the LCS as the new AD Carry. That left former Mid-laner GoldenGlue with the rug pulled out from underneath him. Reportedly, he will take the opportunity to go train at a few hundred times the Earth’s gravity.

OK guys here is my update: I’m going to Korea on my own to train until next split and will hopefully come back much stronger

And now, after a toss up of a week 6 performance with one win, one loss, and the new term “Midlet,” Team Liquid decided it wasn’t finishing changing things in the middle of the season. The acquisition, however temporary, of Doublelift, who is often regarded as one of the top AD Carry players in the region, has already caused quite a buzz on the internet.

Magic: Get me my phone. I’ll go pay that Triplelift kid. pic.twitter.com/Poe1VNpK80

According to a statement from Team SoloMid, Doublelift is essentially on loan until the end of the Spring Split. Although WildTurtle has served as TSM’s AD Carry this season, it has always been assumed that Doublelift would return in the summer. At that point, TSM intends to utilize a six-player roster, keeping both AD Carries on the payroll. 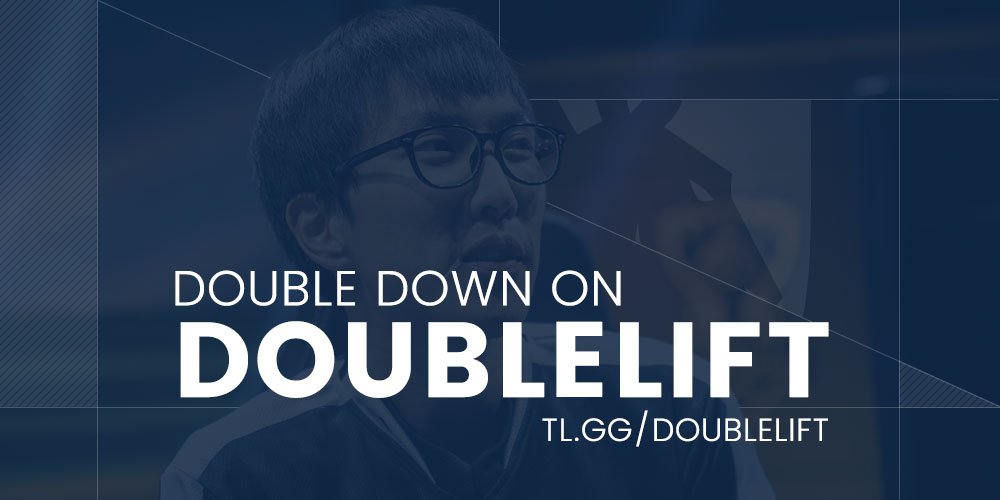 Meanwhile, Youngbin announced his own excitement at getting to train under Doublelift for the remainder of the Spring Split. At least for now, it looks like he may be sticking around with Team Liquid in the summer.